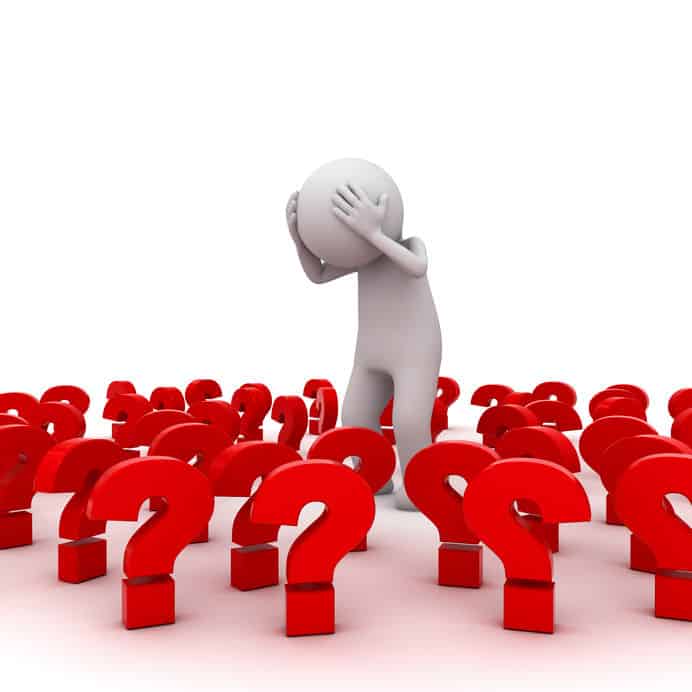 They’re everywhere. Walk into any workplace and you’ll find them. Regardless of your company’s success or employee-friendly culture, difficult people pose challenges for managers and team leaders each day.

Some are angry; some are anxious. Others are fearful, negative and obstinate. Some spark frequent disputes with their peers. Still others quietly stonewall and fail to follow through on commitments.

You cannot afford to avoid dealing with difficult people. Whether they’re direct reports or peer managers, their frustrating behaviors will take a toll on your ability to manage others and produce stellar results.

The more serious forms of difficult behavior are, in some ways, easier to deal with because they are blatant and often illegal. In cases of harassment, sabotage or physical threats, swiftly follow your clearly outlined company policies and implement the appropriate consequences.

But long before overt infringements arise, there are subtle forms of damaging behaviors that should not be tolerated or allowed to escalate. Confronting and dealing with these sticky situations will prevent more serious problems in the future.

Unfortunately, many managers avoid dealing with difficult people and strong emotions in the workplace. “People problems” are often cited as the most challenging — and time-consuming — part of a manager’s job. One study found that 42 percent of managers’ time is spent on defusing office conflict.

The High Costs of Conflict

Regardless of the form difficult behavior takes, it exacts a serious toll, including high turnover, absenteeism, theft, loss of clients, and low productivity and morale. When managers are distracted and frustrated by difficult behaviors, they have less time and energy to devote to their core responsibility: getting things done through others.

Resorting to firing and replacing people is risky and time-consuming; thus, many executives fail to confront problem behaviors at all. They find workarounds: avoidance, vague feedback, compensation for underperformance by taking on more work themselves. Even worse, they may promote a problem person out of their unit.

With practice, you can improve your ability to deal with difficult behaviors – a move that  will free up enormous energy reserves. When conflicts are handled immediately, you and your team will function better, meet deadlines earlier, create more innovative processes and products, and make fewer errors.

Three major questions will emerge when you start to explore how to deal with difficult people:

It’s a challenge to deal with behavior that’s not criminal, but nonetheless destructive to the company’s operations and culture. You can’t fire someone for complaining or whining. So, what can you do?

Attempt to clarify and understand the causes of problematic behaviors and intense emotions. You may also need to learn more about handling your own and others’ emotions. This enables you to reflect on your own behaviors and attitudes, as well as identify your part in any given situation. You can then articulate your feelings with transparency and authenticity.

Finally, smart managers know how to deliver constructive feedback that helps others grow and improve their performance. They are not afraid to facilitate discussions. Open-door communication prevents problematic behavior from arising in the first place.

Everyone talks about difficult people and personalities, but labeling such individuals  shifts attention from what they did to who they are. It’s always best to deal with behaviors, rather than personalities – and be as specific as possible.

While problem behavior can stem from an innately annoying personality – or, in some cases, even a personality disorder or other mental problems – these issues are beyond what one can expect to change. When there are deeper issues involved, referral to an Employee Assistance Program is usually advised.

Smart managers confine their discussion to specific behaviors: what was done and/or said. Behaviors and communication patterns are usually clearly identifiable. The situation becomes tricky when intense emotions are triggered.

The Force of Strong Emotions

Strong emotions include anxiety, fear, anger and an intense drive to be right at all costs. Feelings are often at stake (i.e., being perceived as incompetent, vulnerable or unlikable in the office).

When fear kicks in, there’s an immediate fight-or-flight response in the autonomic nervous system. In a nanosecond, people react to powerful emotions without moderation from the more rational parts of their brains. Individuals may resort to strong language or lash out to defend their territory against a perceived threat. Psychologists refer to this as an “amygdala hijacking” – an immediate rush to either strike back or withdraw in submission. (The amygdala, a structure in the brain’s temporal lobe, plays a role in behavioral responses.)

What happens next is the interpretation of events. Most people cling to what their rational minds tell them is correct or “right,” as each of us operates with a set of assumptions about the way the world is supposed to work. We always operate from our own perspective and worldview; therefore, in our own minds, we are right.

As a manager, you can explore the roots of people’s interpretations of events and help them see other perspectives.

Step One: Develop a Plan

Smart managers can develop a plan for managing anger and other strong emotions in the workplace. This may include establishing policies and retaining employee assistance program counselors to help with more serious problems. When special resources are identified in advance and a clear policy is in place, it’s easier to manage crisis situations.

The wise manager is open to investing in training and personal development programs that focus on emotional intelligence and assertive communications models. Learning how to handle the complex relationships that arise during work projects is an astute investment that will save time, energy and money in the long run.

Understanding basic human thinking styles and behavior patterns will boost your comfort level when handling interpersonal dynamics. Personality-type assessments and 360-degree feedback programs have also proved helpful. The better you know yourself, the greater your likelihood of understanding and tolerating others’ differences. It may be advisable to retain outside consultants and specialists.

Consider investing in a coach who can teach your people about human dynamics in the workplace. Greater confidence levels allow employees to work through their anxieties, fears and personality differences. Coaching programs improve individuals’ performance and ultimately increase the bottom line.

What Is Your Part?

It may be hard to admit this, but as a manager you most likely contribute some part to the dynamics among the people in your work group. You need to examine your own behaviors and attitudes to determine the extent to which you play a role in any conflict – even inadvertently. This exploration takes patience and courage, and will most likely require help from a mentor, trusted peer or coach.

One way managers contribute to conflict is avoidance. Ducking problems makes it harder to achieve goals. Conflict arises from people’s needs, and needs that go unmet won’t disappear. They lie in wait for the next opportunity to express themselves.

When conflict escalates, energy is directed toward interpersonal issues and away from tasks. Some managers may be conflict-aversive, thinking it’s best to steer clear of employee strife. But if you reframe conflict as an expression of differences, instead of condemning it, you can confront it, discuss it and make it work.

Smart managers recognize their personal hot buttons and needs. When you bring your anger, suspicions or assumptions into a discussion, a conflict can become even more complex. By asking neutral questions, you can help people determine their differences and common interests, which will bring them closer to agreement.

A Checklist for the Disciplinary Conversation

Inevitably, over the span of your managerial career, certain employees will behave in an unacceptable way, requiring you to call them in for a disciplinary conversation.

Some actions are so egregious that the offender must be fired. More often, the unacceptable behavior doesn’t call for such drastic measures. It’s up to you to decide on some measure of discipline.

Disciplinary meetings will always be more effective if they are the exception to the rule. Positive reinforcement is the most effective method of affecting conduct. If you provide feedback only when people stumble, you are missing the best opportunity to motivate them.

Follow these procedures consistently to fulfill your ethical and legal obligations. You can then move intransigent employees out of the organization and move forward.